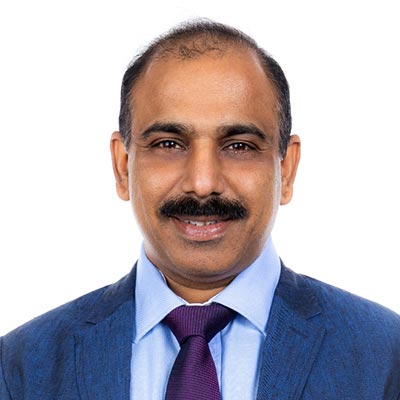 With over 23 years of experience in real estate, construction, education training and technology adoption, Nimish has built up a career within the built environment sector after graduating as an engineer from the National Institute of Technology. He has previously held key senior positions within the real estate & construction industry including Vipul Modern (a leading construction services provider), Laing o’ Rourke and Bovis Lend Lease, after starting his career with Larsen & Toubro, the largest construction company in India.

Nimish, a Chartered Surveyor (FRICS) himself, has been closely associated with RICS since 2005 and was an integral part in the formation of the vision, planning and implementation of RICS South Asia, besides being amongst the first professionals’ to qualify as a Fellow in India. For the last five years, Nimish has been involved in educating, training and mentoring the next generation of Built Environment professionals at the RICS School of the Built Environment. In 2018 he joined RICS as the Managing Director, South Asia from his own venture - Qonqests Technical Solutions, a fast- growing organisation in the project management, cost management and quantity surveying space.

In his role as MD at RICS, Nimish is primarily responsible for managing the regions’ operations and has been instrumental in initiating key dialogues with the Government, regulators and policy makers which could possibly have a pathbreaking impact on the sector in times to come. By leading operational functions of the organization, Nimish has been instrumental in charting a growth trajectory for RICS’ thorough business planning and creative business development strategies. Nimish is a key spokesperson of the organization and represents RICS South Asia at various forums and events.