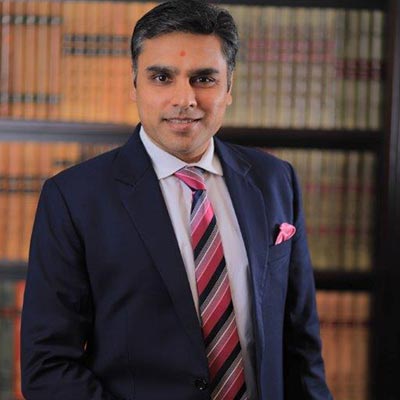 Today under the strong & able leadership of Mr. Dhaval Ajmera Realty has risen to newer heights. He is a man that believes in approaching any business with an ambition to achieve an ace along with striking the perfect balance of responsibility and perfection. He is a result driven, self motivated and resourceful director with a proven ability to develop and strengthen management teams in order to maximize company profitability and great efficiency

This young entrepreneur also believes that education is a stepping stone to a successful career and in lieu to the same is the promoter of Ajmera Global School, which is one of its kinds and aims to develop each child into well-balanced individual who has a thirst for knowledge.

As a Director, Mr. Dhaval’s primary role is to strategize, project coordination, and looking after the overall operations of the organization. He has initiated and successfully launched some of the ambitious projects like the Ajmera Pristine, Regalia, Yogi Nagar Township in Mumbai. ‘Ajmera Green Acres’ – ‘Ajmera Arista’ and ‘Ajmera Infinity’ at Bangalore and Prestigious commercial projects like Timessquare-Marol, Ajmera Summit . He is actively working on ongoing Ajmera I-land an 100 acre new age world class township. He has also successfully completed some of the ambitious projects in Mumbai, Bangalore & working on upcoming projects in around the world like Ahmedabad and Bahrain. He aims to create landmark to take Ajmera to heights .

A young, enthuastic, energetic sports person Mr. Dhaval strikes a perfect balance between his career and personal interest. He believes in a healthy life and as a motto has begun marathons since 2012 along with achieving medals for 42km full runs. Being a sportsman himself he has keen interest in Cricket Tournaments along with international adventures like paragliding, sailing, etc. He is dedicated family oriented person who inspite of his hectic schedule always available at their disposal.

He is the west zone coordinator of CREDAI which is a developer body of India, under which there are 12000 developers.

He was a part of The YOUTHCON held in February 2019 which was attended by 3000 young developers and was addressed by our honorable Prime Minister Shri Narendra Modi. He is actively involved in handling projects, PR, Marketing, Strategy, liasioning, etc for the Entire Ajmera Group.