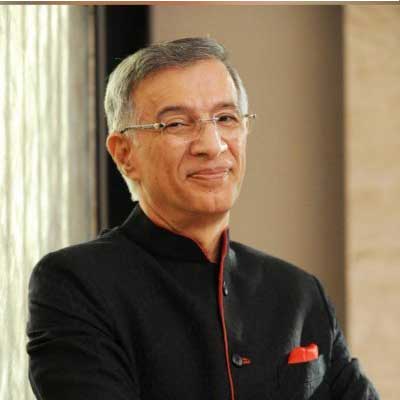 Dr. Niranjan Hiranandani is known as “Builder Extraordinaire‟ and as the Man responsible for changing the skyline of Mumbai with the delivery of landmark project “Hiranandani Gardens” Powai. The Hiranandani Group pioneered the concept of developing mixed-used integrated townships model with vibrant community living its reason of existence. The Hiranandani Group under his astute leadership set the benchmark in terms of Quality Construction, Precision Engineering, Technology & Innovation, Timely Delivery and Holistic Development. The Group has diversified into Education, Healthcare, Hospitality, Infrastructure, Entertainment and Organised retail. Displaying extraordinary qualities as developer, as also a perfectionist in terms of quality, brilliance and untiring zest for excellence, the group has spread its footprints in the newer markets like Thane, Panvel, Alibaug, Khandala, Chennai, Ahmedabad and Pune to sum up the current developments.

The Group has a diversified portfolio with setting up a new business unit for Data Centre (Yotta) and Logistics and Industrial Parks (Green base).

With his profound knowledge, sharp business acumen and an ambitious attitude, he has been conferred with the leadership role across various prominent business organisation and chambers by Industry pundits. Currently, he spearheads as the National President for National Real Estate Development Council (NAREDCO), which works under the aegis of Ministry of Housing & Urban Affairs, Government of India and also appointed as President of ASSOCHAM (Associated Chambers of Commerce and Industry). He is the Member – RERA Conciliation Cell formed by Maharashtra Real Estate Regulatory Authority (Maha RERA) India; Board of Director of Unitech Limited; Board of Director of National Skill Development Corporation (NSDC).